my reflection on the oscars, in prose.

i think patricia was caught up in the moment, but will cut some slack because

i dont think she interviews well and it probably came out all mumbled jumbled.

i am black and gay so if she wants to put me to work, i could use some extra dough…only kidding.

the whole oscar thing is getting a little whack to me

neil patrick in his draws, telling oyelowo to sit down, and sean penn making the green card remark…..yep, the oscars

has jumped the shark…

…but i’ll watch it again, like a walking dead zombie, transfixed on the shape of the Arrow’s lips,

marveling at lady gaga sanggging like a post-modern julie andrews

must be getting real old, cause i never heard of rita ora,

and getting octavia butler to be the visual bodyguard, errr “The Help” was also in poor taste

but being racially insensitive on the cutting edge between making a joke and being racist is so vogue, right!

and wealth shaming oprah wasn’t nice at all, i felt bad for Mama O.

And i really didn’t like seeing the black actors on stage walking across the bridge. Where were the clubs and horses?

i kept saying this inside of my mind. what is seen can not be unseen, and I don’t care who is singing Glory.

everything is game in hollywood–like they said I really need thickER skin.

but jennifer did us proud and i kind of think that there is something poetic, sweet, and erotically alien about Common.

well….all good things have to come to an end.

as you can tell from my borrowed writing style, straight up creatively REclaimed from terry mcmillan, from how stella got her groove back –is not dead.

at least i got through it, watching the oscars i mean, without cussing and getting a throbbing black headache –sorry to racialize my headaches, cause that is a black thing too!

like the one I got when the color purple that was nominated for 11 oscars –won nothing.

and my sweetie was asking me who cheryl boone isaacs was so I said she was the president of the oscars, and he looked a little confused,

i think it was because of what she was not saying or how she was trying to say something but it was just too cryptic,

and i didn’t have the heart to ask him if he thought she was being comedic.

i am still a little bitter.

as my mother used to say, you got to take the bitter with the sweet. 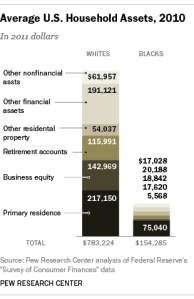